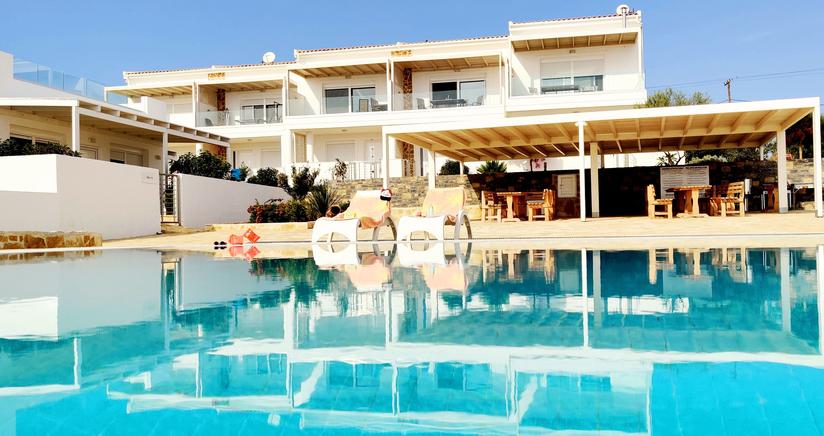 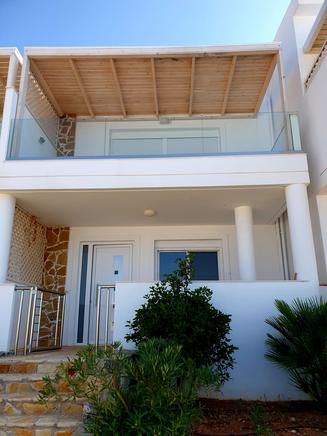 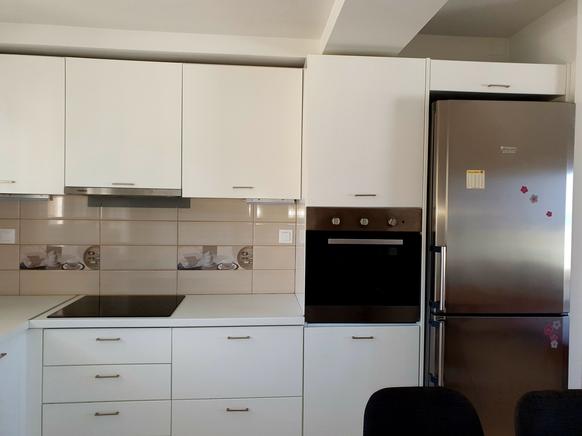 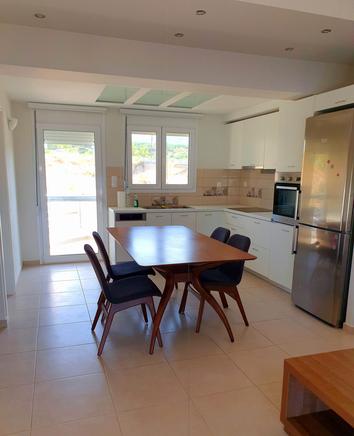 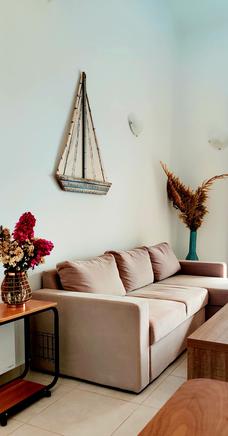 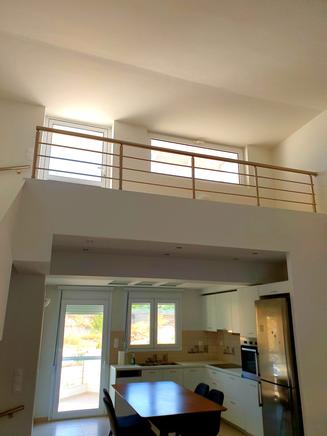 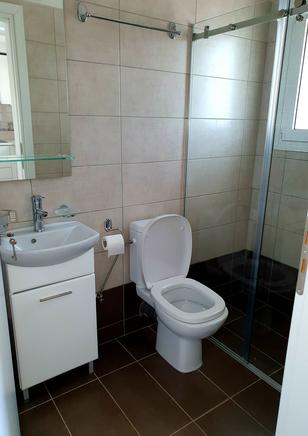 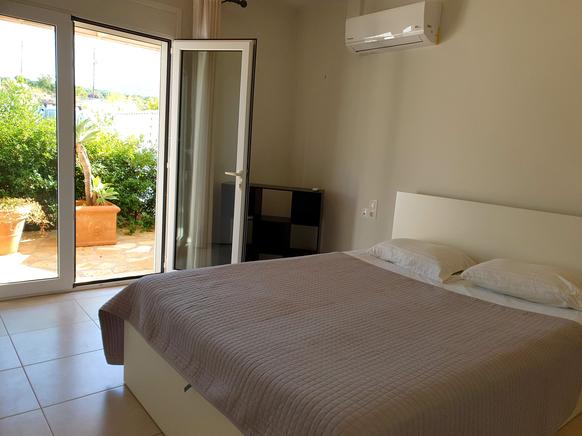 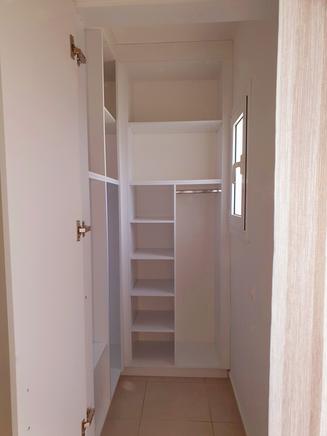 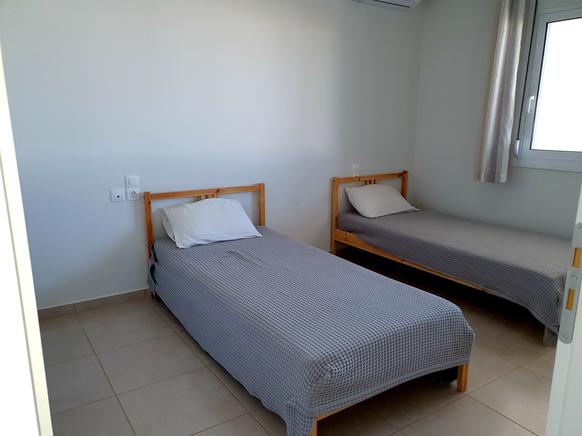 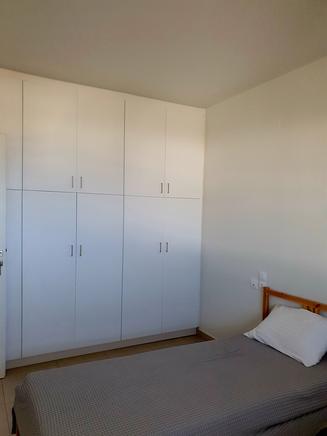 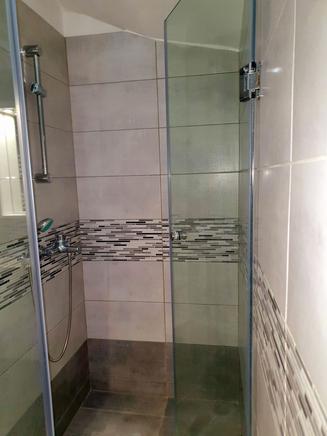 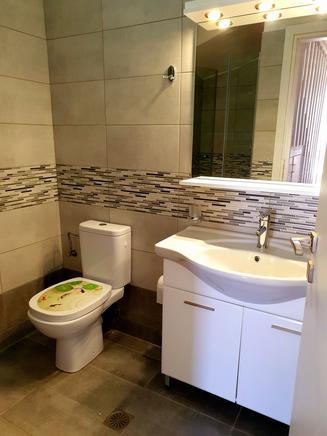 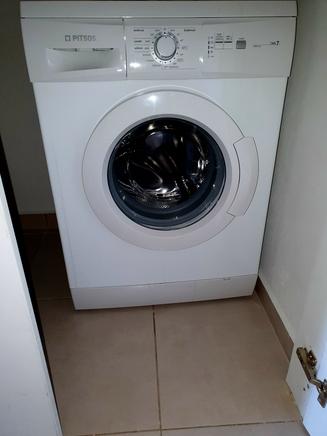 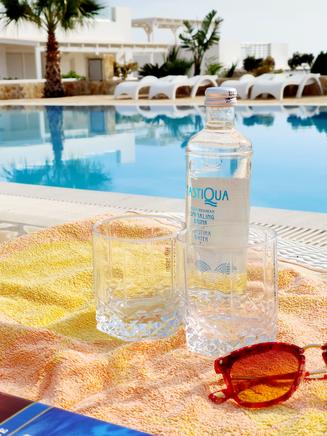 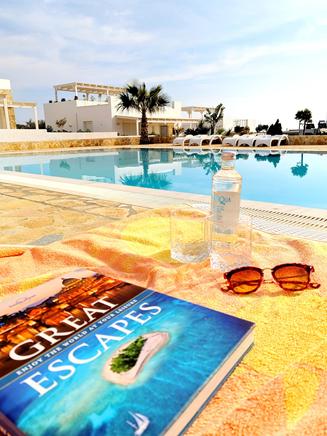 Located in a complex of newly built homes, in the village of Makry Gialos, in a quiet neighborhood we are offering a double floored maisonette suitable for 4 persons with two bedrooms, two bathrooms, fully equipped kitchen and a panoramic view of the Mediterranean Sea.

The neighborhood is comprised of privately owned villas with a large swimming pool, a playground, common & private gardens and a car park area. It is situated in the village of Makrigialos, therefore it offers walking proximity to the beach, various restaurants and mini markets while enjoying the tranquility and safety of a closed neighborhood.

The freshness of a newly built home, the panoramic views of the mountains and the Mediterranean Sea, the large terraces, private garden and the warm hospitality of the managers (also residents), are the distinctive features of the home and neighborhood.

South-east Crete is widely recognised as one of the last unspoiled parts of the island. The village of Makrigialos (officially spelled Makry-Gialos) has been described as ‘a little-known gem’, undiscovered by mass tourism and ideally located for exploration of the natural, historical and cultural treasures of the area such as the Lassithi plateau, Spinalonga Island, Toplou/Kapsas monasteries, the palm forest of Vai and traditional mountain villages.

The crystal blue waters of the Mediterranean and long sandy beach of Makry Gialos are only a 400 meter walk from the double floored maisonette. In walking distance is also its pretty harbour, other superb beaches, shops and choice of beach-front bars and restaurants.

There are countless walking options, from gentle coastal routes to the famous . Gorge-walking is a pleasant pastime in the summer months when it is preferable to descend into a valley rather than ascend a mountain! Many walks end at the coast, thus offering a cooling swim after a few enjoyable hours of hiking.

The Butterfly Gorge walk begins high on the road to Orino and ends in Koutsouras National Park, close to the village of Makry Gialos. This hike follows a valley with abandoned Cretan villages and is so-named because of the huge number of butterflies to be found there.

The Pefki Gorge walk begins just outside the village of Pefki (on the road to Agios Stefanos) and ends at Aspros Potamos. This gentle hike follows ancient donkey tracks through olive groves with impressive 200 metre vertical cliffs on either side.

Moni Kapsa Gorge (also known as Perivolakia gorge). The walk begins at the village of Kato Perivolakia and ends at the Monastery of Kapsa. This gorge is the deepest of the three gorges in the close to the village of Makrigialos) and is undoubtedly the most challenging. However, it rewards the efforts of a visit with its stunning scenery and some of the richest variety of natural fauna in the region.

The Gorge of Zakros (also known as The Gorge of the Dead) marks the end of the E4 path which combines several European walking routes with areas of outstanding beauty. Large caves containing tombs from the Minoan period were discovered in the ‘walls’ of the gorge, along with other finds of archaeological importance (hence the name ‘Gorge of the Dead’).